At some point in the course of Western culture we decided that the mind and the body were two different things that had little to do with each other. Some put the blame on Rene Descartes. I suspect, as is often the case, that it’s not the fault of a solitary individual, but rather a collective groundswell of perception and thought that became attributed to one person.

In any case, somehow our culture has fallen for the notion that mind and body are two separate expressions of life. It is only in the past few decades that we have begun to talk about a “mind-body” connection, which when looked at closely still presupposes a separation, albeit a separation with some sort of loosely implied connection. While this way of thinking and perceiving the world has given us a stunning mastery over the world of form, and while it has advanced physical medicine in profound ways, we still are left wanting when it comes to understanding ourselves as something more than a bag of biochemistry with a curious sense of self-reflection attached.

Traditionally, the Chinese never made this distinction between “mind” and “body.”

This is most easily seen when we take a look at the character 心, xin. Xin translates both as “heart” and as “mind.” Ask a Westerner to point to the mind and we usually point at our heads. We conflate “mind” with “brain.” But if we start to get a bit more specific, and inquire into just where in the brain the mind is located, it begins to get more interesting because we can’t help bu notice that “mind” is something a bit more slippery and difficult to pin down than “brain.”

Patients in my practice have told me stories about going on a particular anti-depressant because a thought floated through their mind that created an image and that image caused a certain uncomfortable feeling to arise and that feeling created a physical sensation due to the various hormones and neuropeptides released by the body, which led in turn to a cascade of other fearful thoughts. Then the individuals got stuck in the repetitive thinking/feeling and the physiological biochemical responses associated with this one single image.

This begs the question of whether the thought created the biological response, or due to the biochemical flux there was the creation of certain kinds of thoughts.

Modern pharmacological medicine would tell you that the biochemistry drives the thoughts. Yet it is often possible to wind back a story and see that one thought or one experience brought about a shift in the biochemistry.

From our culturally comfortable view of the mind and body as separate, we easily get caught up wondering “Is this just in my mind?” or “Is this truly an issue because it’s in my body?”

We tend to dismiss the effect of placebo as a false kind of healing. Or we may hold the opinion that the mind making the body ill is just a case of hypochondria, and thus reject it as not real. Both of these are red herrings and keep us from noticing the powerful and profound interactions that affect the bodymind. (Just try typing “bodymind” into your word processing program and you’ll see that it shows up as a misspelling. Our language is without means to describe this fundamental unity!)

I don’t have any clear answers for how the mind affects our health and wellbeing, even though I witness its influence everyday. From my clinical work, I’d say that each individual finds his or her own way through this mystery. The first step is recognizing we have a resource we don’t fully understand. The second is noting how it seems to operate in our lives.
Beyond that, I’d say be prepared to be surprised.

Everyday Acupuncture Podcast
Reflections on a Year of Treating PTSD Anna Kelly had just completed a year working in the Wounded Warriors program at Walter Reed Hospital when we recorded this show. There she used acupuncture to treat veterans for PTSD, trauma brain injury and other chronic conditions that soldiers face after being injured in the line of duty.

As with so many complex and difficult conditions, there is no simple cure for PTSD, as trauma of this sort entangles its way into so many aspects of a person’s life. While we do discuss the role of acupuncture in aiding with the recovery from PTSD, this conversation touches on a range of therapies and modalities that not only help those suffering from this stifling condition, but also are helpful for a wide range of chronic issues that get stuck in our physical and psycho-emotive systems.

Listen in as we explore how transformation is an integral part of healing a shattered life.

Most folks know there are two kinds of diabetes. Type 1 is caused by the insulin-producing cells of the pancreas failing to do their job. There are a variety of reasons for this but the result is the same. People with Type 1 are dependent on insulin from an external source. Type 2 diabetes is another story. It often arises from various hormonal and metabolic dysfunctions, and while it can be controlled with medication, this type of diabetes also readily responds to changes in diet and exercise. 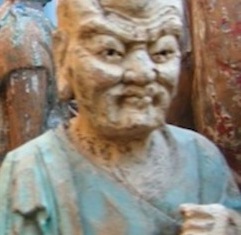 With Type 2 diabetes, the problem is not so much that the body does not produce insulin, but that the body loses its ability to react to the insulin already in the bloodstream. Again, there are a number of possible factors involved, and there has been a lot of discussion in the past few years concerning “metabolic syndrome,” which is in essence a hormonal imbalance that leads to weight gain, development of an insensitivity to insulin’s ability to transfer glucose out of the bloodstream and into the cells and an increase in blood lipid levels, which can result in diabetes and heart disease. It is safe to say that many people on the road to Type 2 diabetes also display signs of metabolic syndrome.

Here we will discuss some ways of coping with Type 2 diabetes as a bit of effort, in terms of lifestyle, can have a huge impact.

First, increasing your lean muscle mass and losing belly fat can have a profound effect on your body’s hormonal health. Not only does muscle naturally raise your metabolism by burning more calories than fat, but it also promotes better bone health due to the increased tension on your skeleton from a higher level of muscle tone.

Obviously, exercise plays a key role — but not just any exercise. Short-burst interval training can improve your cardiovascular health, build lean muscle and most importantly switch up the hormonal flux of your body so that it wants to burn fat, instead of store it.
For the past 50 years or so we have been told that eating fat makes you fat. That to protect our hearts and arteries we should lower our cholesterol, and to lower cholesterol we should cut out fats and reduce our intake of meat and eat more carbohydrates. So why are there ever-increasing high rates of obesity, Type 2 diabetes, early onset of diabetes in children, as well as odd metabolic and endocrinological illnesses?

Because we may have been wrong.

Also, we easily resort to “eat less, exercise more” and while there is some truth there, we might be seeing only part of this complex issue. Issues of metabolism are far more complex than the simple arithmetic of “calories in – calories out.”

But isn't a lack of insulin the cause of diabetes?

True enough. In Type 1 diabetes, that is the case. But in Type 2 we usually are  looking at a situation of insulin resistance. The insulin is there, but metabolically we do not have…  click here to read the rest of the article on the YK Blog Commitment gets you further than certainty

Have you given up on taming the sugar monster?
Do you believe the change process is about willpower alone?
Are you satisfied with your current level of energy and mental clarity?
Have you got 15 to 20 minutes a day to do something about all that?

Yong Kang Clinic’s “Journey Beyond Sugar” is a 45-day guided inquiry that gently and effectively helps you to transform your relationship with sugar.

Here’s what one person has to say at the halfway point: 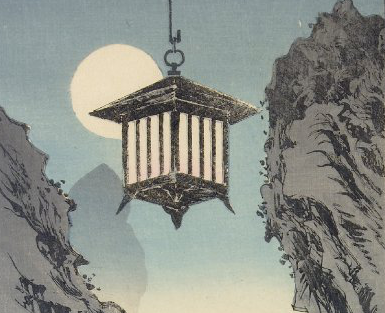 How far I got! Never saw that coming. It happened slowly, which means it might continue to stick with me. I am so glad this was a 45-day journey, not a ‘lose-weight-never-eat-sugar-again-and-be-perfect-in-7 days’ gimmick. I love this line in one of the reflections: “It's not the speed; it's the trajectory.”

For clinic patients and readers of the newsletter the Journey is discounted from $139 to $97. We’ve been wrong about what our job is in medicine

We think our job is to ensure health and survival.

But really it is larger than that. It is to enable well-being. And well-being is about the reasons one wishes to be alive. Those reasons matter not just at the end of life, or when debility comes, but all along the way.

Whenever serious sickness or injury strikes and your body or mind breaks down, the vital questions are the same:
What is your understanding of the situation and its potential outcomes?
What are your fears and what are your hopes?
What are the trade-offs you are willing to make and not willing to make?
And what is the course of action that best serves this understanding? • How our projects shape our personality
• How diet soda causes metabolic problems
• Medicine is not like warfare
• Secrets to a long and healthy life
• The mind is not confined to your brain, or body